Congratulations to Sean Hamer and his team in a success before the Eighth Circuit Court of Appeals affirming summary judgment in favor of The Kansas City Southern Railway Company.

Blanton filed a workers’ compensation claim with ITS and received a lump-sum payment after settling the claim.  Blanton then filed suit against KCSR in the United States District Court for the Western District of Missouri asserting a claim for common law negligence in which he sought to recover damages in excess of $2 million for the injuries he claimed in the October 2012 incident.  District Court Judge Beth Phillips granted summary judgment for KCSR based on the affirmative defense of statutory employment, a doctrine extending the obligations and protections of the Missouri Workers’ Compensation Act to employers who have labor performed by contract.  Concluding that KCSR had demonstrated on the undisputed facts that it qualified as Blanton’s statutory employer and, therefore, Blanton’s sole remedy lie in the Act, the District Court dismissed Blanton’s Complaint.

The Eighth Circuit affirmed, agreeing with the District Court and SAKG’s arguments that KCSR was exempt from liability under Missouri’s workers’ compensation law.  As a result, all claims against KCSR remain dismissed.  Sean Hamer, Michele Sutton and Andrew Birkinsha worked together on the briefing and arguments in the District Court and the Eighth Circuit.  Nathan Blanton v. The Kansas City Southern Railway Company, Case No. 21-2345, May 10, 2022. 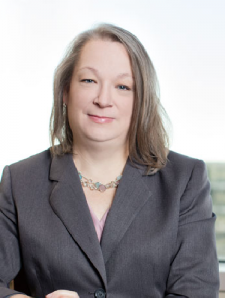 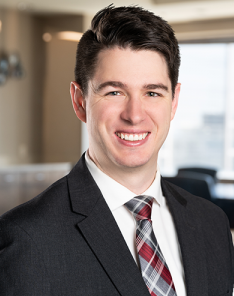 Scharnhorst Ast Kennard Griffin PC is committed to making its website, sakg.com, accessible to everyone. SAKG is reviewing all aspects of its website and our efforts to comply with the Web Content Accessibility Guidelines (WCAG) and the Accessible Rich Internet Application (ARIA) recommendations are ongoing.

If you experience any accessibility issues, please contact us at sakg@sakg.com so we can assist you. Thank you for your time and effort.

The choice of a lawyer is an important decision and should not be based solely upon advertisements. Past results afford no guarantee of future results. Every case is different and must be judged on its own merits.